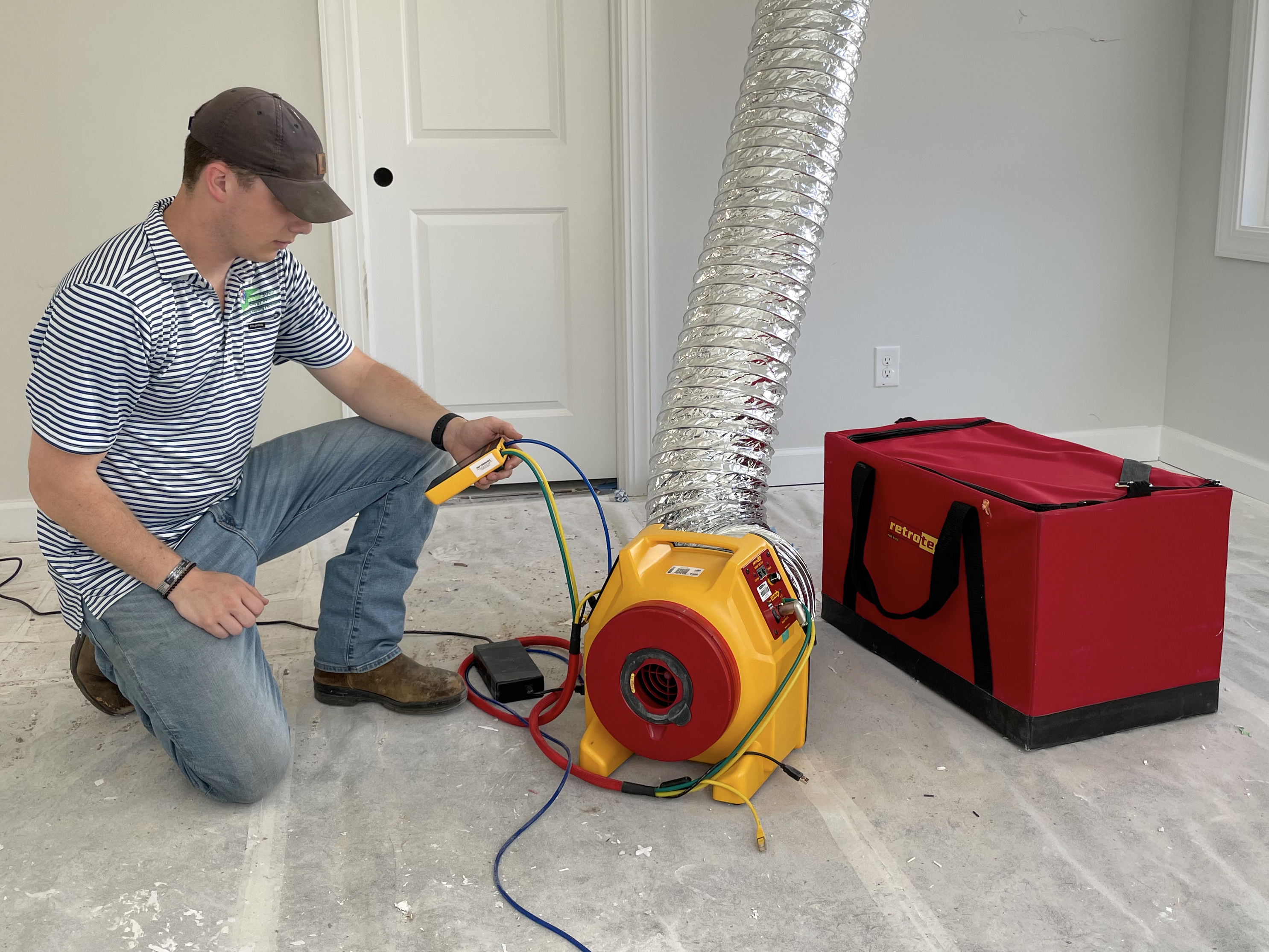 A Duct Blast Test goes by several names. You may hear it referred to as a Duct Blast Test, Duct Blaster Test or Duct Leakage Test. These terms all refer to the process of measuring the overall tightness (or leakiness) of your ducted HVAC system.

We use the RetroTec DuctTester System when performing energy code compliance testing. The Minneapolis Duct Blaster System is another popular model that also works well. They are both finely calibrated measuring devices that include the following main components:

The first step in preparing to test a duct system is to determine how many duct systems are present. Many homes have more than one heating and cooling system. Each must be tested separately. For this example, we will assume there is a single HVAC system.

The Duct Blast Fan will be connected to the return register (grill). These are usually larger than Flex Duct. They must be taped, leaving an opening large enough for the ductwork to connect to it. We then tape over all the supply registers. By doing this, we are sealing the duct system.

Once the system is sealed, we connect the Flex Duct to the Duct Blast Fan on one end. The other end is connected to the return register. It is important that this connection is secured tight without any leaks. The probe is then connected to a nearby supply vent.

When the fan is turned on, air is blown into the duct system. This forced air produces positive pressure to the ductwork. The probe measures this pressure by calculating the total CFM (Cubit Feet per Minute) of airflow at 25 pascals.

State and municipality codes vary throughout the country. In Georgia, the total CFM must be equal to or below 6% of the total conditioned square footage. In South Carolina, the allowable CFM can be as much as 12%.

When it comes to testing the leakiness of your HVAC system, the Duct Blast test is the right tool for the job. The testing process is relatively straight forward and it is very important to follow the best practices closely. The results of this test determine if a homebuilder meets or fails their local Energy Code requirements.

If you are interested in having your heating and cooling system tested for leakage, please visit our Contact Page or give us a call at (877) 291-7319.